What is Lo-Fi? How to Make a Lo-fi Beat 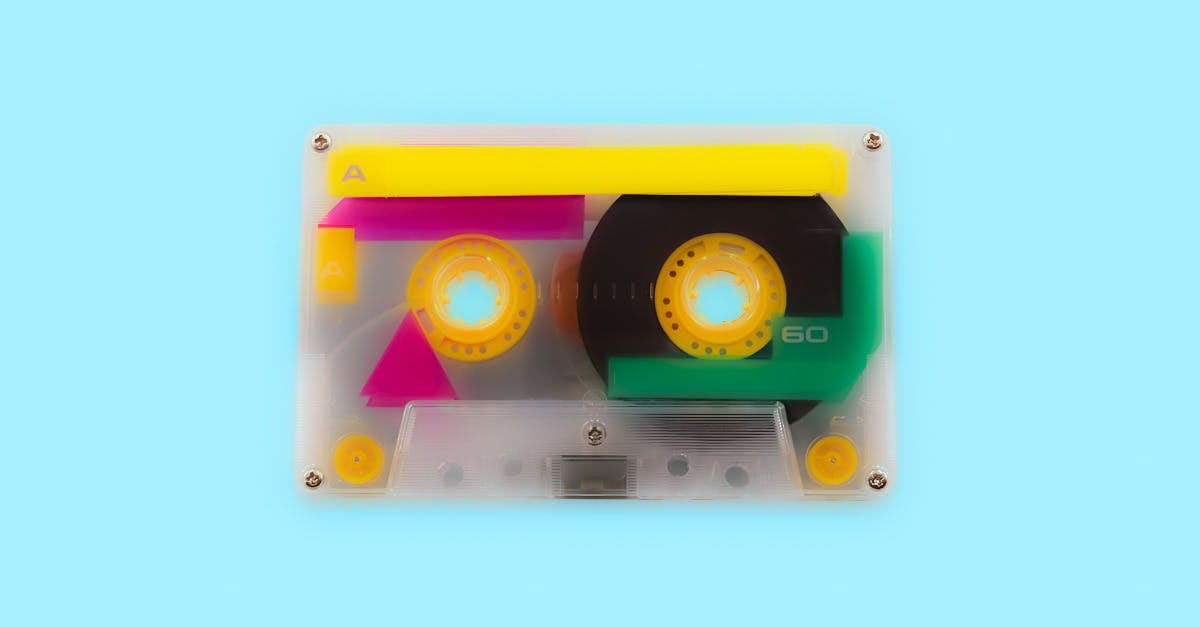 Lo-fi has taken on a lot of different meanings in recent years.

The term low-fidelity once referred only to the quality of a sound signal.

Specifically, a sonic signal of a poorer quality—usually one produced by cassettes.

But today, the grainy, warbling sound that came from tape recordings and cassettes has given birth to an entire genre of music and production style.

The genre has exploded in popularity over the last few years, especially on YouTube.

So you might be interested in learning more about the new genre. Especially, if you want to create lo-fi tracks of your own.

In this article we’ll look at everything there’s to know about lo-fi music—the music theory behind it, the different production techniques used to make it and where to get the best lo-fi samples.

What is lo-fi music?

Lo-fi music refers to a genre of music produced with low-fidelity signals, typically re-creating the hiss, warble and saturation of recordings made with a tape machine. Most lo-fi music draws on hip-hop influences—especially its typical drum patterns.

What does lo-fi mean?

Traditionally, the word lo-fi is short for low-fidelity. It refers to the low-quality sound signal typically generated by analog recording equipment like tape machines and reel-to-reels.

However, today lo-fi also refers to an entire genre of music made to re-create the sound of vintage recording equipment.

In the past, lo-fi was not a compliment. In fact, most producers worked their hardest stay away from a “lo-fi” sound.

But now, with the marvels of DAWs and digital music production, a certain nostalgia for the warbling sound of cassette recordings has returned.

Today lo-fi producers use a slurry of modern production techniques and plugins to bend samples and high-fidelity digital recordings into hip-hop beats that evoke the sounds of 90s car stereos.

How to make a lo-fi beat

Making lo-fi beats is surprisingly simple—even if it relies on some slightly more complicated jazz theory.

That’s because it’s sample-based. You don’t necessarily have to know how to play certain chords on the piano or guitar when you can just sample them.

Pretty much anyone can get started making lo-fi beats with a handful of samples, loops and a free DAW like GarageBand.

Let’s explore a few of the most basic elements behind making a lo-fi beat.

1. Start with a hip-hop drum loop

Lo-fi music is based on hip-hop. Specifically, it almost entirely borrows the style of hip-hop drum production found in 90s and early 2000s hip-hop.

Hip-hop loops with snappy snares, thuddy kicks and hissing hi-hats are staples in this genre.

But snares, kicks and hi-hats aren’t all you should focus on.

There’s plenty of lo-fi music out there that uses samples of bottles, pots and pans, stick clicks and pretty much any odd percussion you can imagine.

Lo-fi lends itself towards recorded samples of live percussion elements, even if some sub-genres like lo-fi trap lean towards electronically produced samples.

Live recorded samples are more popular since they’re easy to manipulate and break down into lo-fi territory and because recorded drums just sound jazzier.

That’s you hear so much piano, Rhodes, upright bass, sax, trumpet and guitar used throughout the genre.

Of course, you’ll also benefit from knowing a little bit about vintage synthesizers like the Prophet-5 or the ARP-2600—since vintage synths often make appearance in lo-fi beats as well.

The good news is that there are affordable VST versions available to help you re-create all these sounds within your DAW—you just need to know your taste and understand what your song needs.

Don’t get me wrong, learning how to play at least one of these instruments will help you become a better producer and musician.

But, with MIDI packs and the all-powerful MIDI roll, you don’t necessarily need to have a ton of skill with playing these instruments either.

Let me explain why…

3. Get some lo-fi chords and chord progressions

We’ve written about chord progressions before, including jazz chords. So take some time to brush up on your basic music theory if you want to write a really good lo-fi track.

Even if you don’t play guitar or piano, knowing a little theory will help you know what to look for when searching for the right jazzy samples.

And, of course, there are tons of free lofi chord progression MIDI packs you can download to make getting started super easy.

4. Don’t forget to structure your song

When writing beats it really helps to structure the various parts of your track to help create room for direction, subtle changes and different melodies.

Even if your track doesn’t have lyrics you might be best off thinking of writing sections for verses, choruses, bridges, breakdowns, intros, outros and more.

Thinking about the various parts of your song will help create a more interesting track that goes somewhere.

5. Write melodies and harmonies for the chorus and verses

Once you have an idea of what chord progression and instruments you want to use, definitely consider learning about melody and harmony writing.

This skill is a super important part of music theory and you’ll need to get good at it if you want to write good hooks that keep your audience interested.

We’ve covered the topic of melody writing and harmony writing in past articles, but as a starter learning your major and minor scales, some modes won’t hurt.

And, perhaps most importantly, listening to music and identifying melodies you like is always super valuable—especially if you take the time to learn them or at least understand how they’re played.

6. Use lo-fi effects and plugins

Lo-fi has a pretty specific sound that you won’t be able to achieve without a handful of effect plugins.

That’s because digital instruments and recordings are usually very hi-fidelity and don’t come with the grainy and warm tape machine sound that inspired lo-fi in the first place.

That’s why there’s a handful of lo-fi plugins and effects that producers abosutely need to achieve an authentically lo-fi sound.

We’ll explore the exact plugins and production techniques you’ll need to master to make lo-fi beats later on in this article.

7. Use lo-fi samples and lo-fi loops

Due to lo-fi’s roots in hip-hop and because certain lo-fi sounds are pretty hard to achieve, you really might want to look into downloading a handful of lo-fi inspired samples.

In general, hip-hop beats heavily rely on the use of samples, so it’s no surprise that samples are also heavily used in lo-fi beats too.

You could add a unique sample inspired by anime, a vintage movie, video games or any nostalgic sound.

Or you could use a sample as the starting point for your track’s inspiration—melody loops, chord loops and drum loops are especially useful for this

Okay now comes the fun part.
The production side of lo-fi music is really what defines the genre.

The production side of lo-fi music is really what defines the genre.

Tape saturation is the main effect that gives lo-fi its sonic qualities.
Really, you should read up on how tape machines work.

But in short, tape saturation is the main effect that tape machines are still beloved for. In short, it’s what happens as you add more audio to a tape.

Tape saturation is caused by the physical limitations of cassette tape.

When you record more and more audio to tape it compounds subtle distortion, compression, phasing, small irregularities in pitch, roll-off of high and low frequencies and general changes in resonance across the frequency spectrum to create a “saturated” effect.

Essentially, tape saturation is that thin, warbling sound you associate with lo-fi.

The next production technique you hear all the time in lo-fi music is sidechaining.

You can dive deep into how it works in one of our previous articles, but the sonic effect is easy to explain.

Next time you listen to a lo-fi playlist, pay attention to a certain pulsing rhythmic effect that makes the entire track duck in volume every time the kick drum is struck—that’s sidechaining!

Essentially that’s what sidechain compression does—every time a specific sound occurs (in most cases a kick), the entire track ducks to make the kicks more audible adding a rhythmic element to the track.

You can easily learn how to set up a sidechain effect in your DAW if you follow this tutorial.

Like jazz, lo-fi music doesn’t strictly adhere to a grid-like understanding of rhythm like rock or electronic music.

Instead, notes are loose and slightly off-kilter.

In jazz, this rhythmic feel is called swing.

But lo-fi music isn’t swung exactly. Rhythms are instead played “in the cracks”—meaning the beat isn’t perfectly straight but nor is it perfectly swung.

This effect was pioneered by beatmaking legend J Dilla, who learned how to use his MPC to place notes off the rhythmic grid to create a rhythmic feel called MPC Swing.

Later, with the introduction of DAWs, the term became known as DAW swing.

With any DAW you can add the exact swing feel you want in your track, whether you want a classic MPC swing pattern or your own custom swing pattern.

Adding DAW swing in your DAW is easy and we’ve written about it in-depth in other articles.

Lo-fi music makes use of a ton of audio effects.

Getting acquainted with exactly what each audio effect does is a great way to level up your production skills and improve your tracks.

We’ve written a lot about different ways to use audio effects in your music production, so dive in a play with some knobs!

And of course, there are so many lo-fi VST plugins out there to help you hone your sound.

How to find lo-fi samples

Be careful when hunting for samples to use in your lo-fi tracks.

Sampling copyright is still a murky area and your tracks might get taken down if you haven’t cleared your tracks before release.

Your best bet is to use royalty-free sample markets like LANDR Samples, where you can freely use any of the samples you download.

There are so many amazing lo-fi sample packs out there to sift through.

I guarantee you’ll find something amazing, especially because these sample packs are formatted to be easy to arrange, chopped and crafted in your DAW.

Lo-fi is a music trend that isn’t going away.

Just a simple YouTube search will provide you with so many playlists that your tracks could be featured on.

There’s a huge community of lo-fi music lovers out there, so if you feel called to write some lo-fi tracks there’s tons of support out there for you.

Get out there and make a lo-fi beat to chill out to!