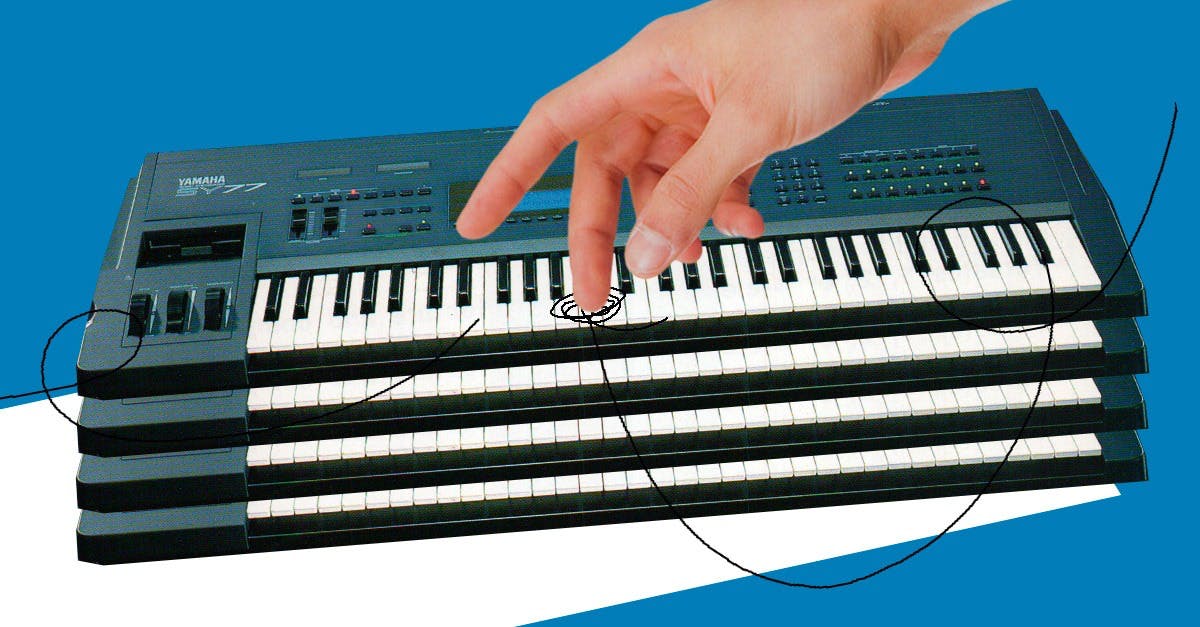 This is lesson is step 5 / 7 of a LANDR Lesson Plan. Click here to start from the beginning or simply just keep on reading.

Chord progressions are the skeleton that give your songs their basic outline.

Choosing the chords you’ll use and arranging them into satisfying progressions is one the most important jobs when writing a song.

But creating new chord progressions is difficult if you don’t know a handful of basic ones to get your ideas flowing.

So many songs are based on the same common chord progressions.

If you understand how the most common ones work, you’ll have a head start for creating your own—and you’ll know how to play a lot of songs!

In this article I’ll go through the most popular chord progressions to know in music.

In some places I’ll be writing the chords using Roman numerals instead of their letter names. If you need a refresher on how Roman numerals work in music you can check out our chord progressions starter guide to get up to speed.

Get unlimited Mastering and Distribution, 30+ plugins worth over $2,000 and more.

So many songs are based on the same common chord progressions.

This progression is called “the most popular progression” for a reason.

It’s been used in just about every genre imaginable, from post-punk to country.

It sounds so satisfying because each new chord in the pattern feels like a fresh emotional statement.

Once you know how this one works you’ll start to hear it everywhere in pop music.

I, IV and V are the basic building blocks for chord progressions in western music.

You’ll find these chords playing an important role in every single style of popular music.

The reason why has to do with functional harmony.

I, IV and V are the simplest versions of the main chord categories in tonal music—tonic, pre-dominant and dominant.

Moving from one to the other and back again is how you create the sense of tension and release that gives chord progressions their forward momentum.

I, IV and V are the basic building blocks for chord progressions in western music.

There’s almost too many songs to count that include these chords in their progressions. But here’s a classic example to get it in your ears.

Some chord progressions are closely associated with specific genres.

The ii-V-I progression is the backbone of almost all of the standard tunes in jazz.

It’s so important that it appears in different forms in the best jazz chord progressions.

Even if you’re not into jazz, these timeless harmonic patterns are important to know.

Many modern genres have a strong influence from jazz harmony. Whether it’s R&B, neo-soul or hip-hop, the ii-V-I is an essential sound.

Many modern genres have a strong influence from jazz harmony

Here’s a modern tune that’s based on the ii-V-I progression:

Speaking of genre progressions, the 12 bar blues is another essential chord sequence that comes from a distinct style.

It forms the basic sound of blues music but it appears in many different genres too.

Depending on how you use it, the 12 bar blues can even sound more “happy” than bluesy.

It’s a versatile progression that you need to add to your songwriter’s toolkit.

Here’s an example of an interesting usage of the 12 bar blues that shows how it can work in many different moods.

This common chord progression is associated with the classic love songs and do-wop tunes of the 50s, but it shows up all over music history.

It features smooth motion from the tonic to the sixth in the first half that provides a great blank canvas for vocal melodies.

Each chord after that adds to the compelling arc this progression makes as it cycles back to the tonic.

This chord pattern comes from one of the most enduring progressions in classical music.

The secret of this progression is how it visits so many different chords in the key before moving gracefully back to the tonic.

It has a dignified yet affecting sound that’s popular for formal occasions like weddings and commencements. Think of Vitamin C’s emotional hit “Graduation”

But surprisingly, it works in many other contexts. Here’s a nice example in Belle and Sebastian’s cheerful tune “Get Me Away from Here I’m Dying”

This is less of a chord progression and more of a harmonic technique that’s often found in rock and pop songs.

Sometimes it doesn’t take much to create enough harmonic action to propel a song.

Sometimes it doesn’t take much to create enough harmonic action to propel a song.

One easy way to keep a song centered but still moving forward is to simplify the harmony, like in this “progression” that moves from the tonic to bVII and back again.

bVII is a borrowed chord from the natural minor scale, but it feels familiar because it’s only a whole step away from the tonic.

bVII adds satisfying color to a progression because of its association with the Mixolydian mode.

Mixolydian is a very common sound in rock music—once you hear it you’ll know what I mean!

Chord progressions are one of the most important concepts to learn in music theory.

Like anything skill you learn as you go, starting with the basics is the best way forward.

Now that you know some of the most common chord progressions in music, get back to your DAW and keep crafting your songs.

Michael Hahn is an engineer and producer at Autoland and member of the swirling indie rock trio Slight.