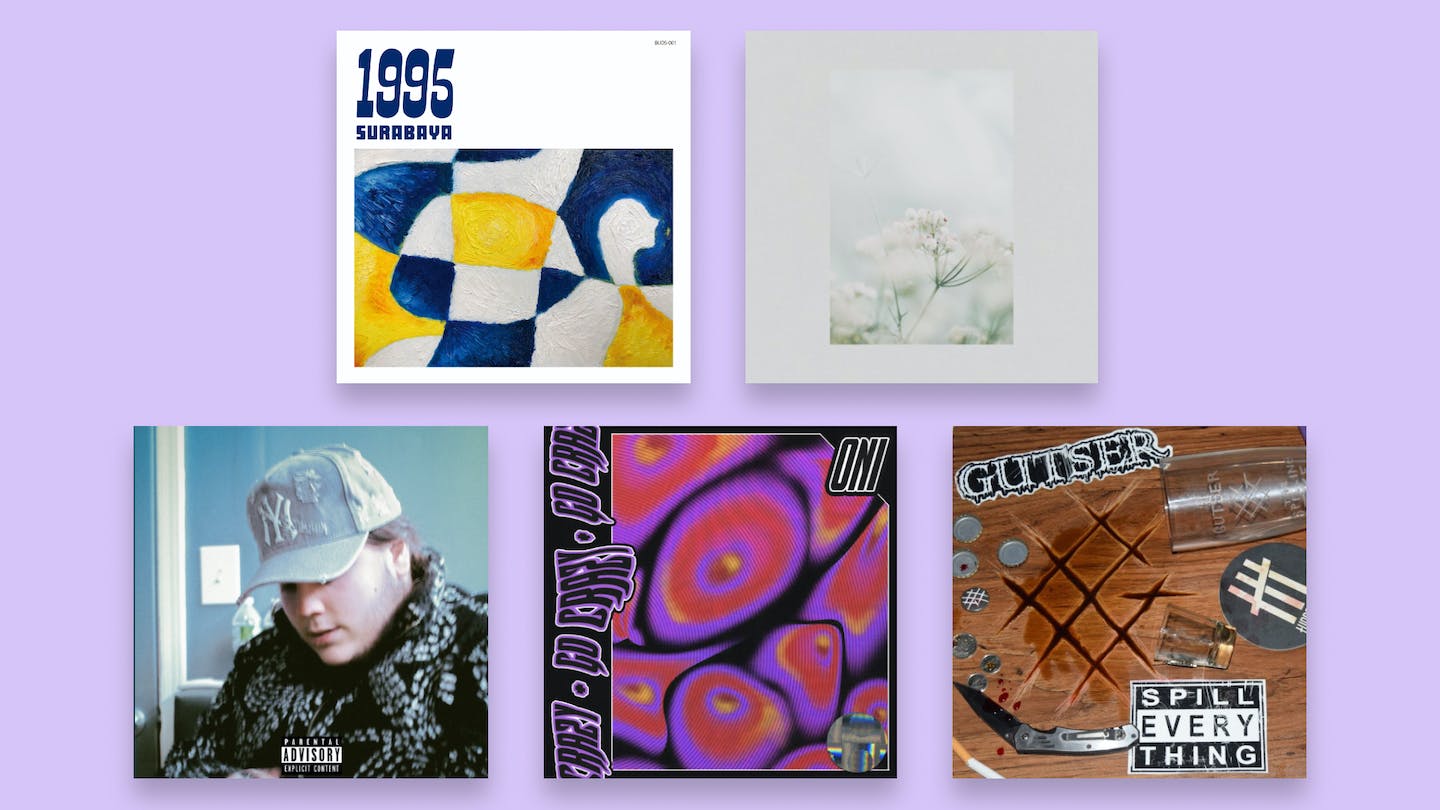 Thousands of artists trust LANDR Distribution to get their tracks on streaming platforms worldwide. But did you know we listen to every single submission? Here’s a taste of some of the incredible talent that comes through our distribution community.

With spring (nearly) in full swing, so much music is dropping.

It makes sense, live shows are popping up, new bands that formed during the pandemic are finishing releases—it feels like everyone is gearing up for a summer of going to shows and living our best lives.

No wonder bands are working to get their releases out to build up hype ahead of the year’s nicest months.

So, it’s no surprise that some great tunes came out via the LANDR Distribution community this month.

1995 draws on some classic influences, like Tom Petty and Cocteau Twins—but mostly sung in Japanese.

I really enjoyed the fun, sunny and bright sound of this record. The singing and performance is excellent and the production on the album is creative and fun to listen to.

I really enjoyed the fun, sunny and bright sound of this record.

If you love indie rock with an international twist, Surabaya should definitely be on your radar.

I won’t lie, this band caught my eye because I’ve seen them around town—and I was impressed by the overall playing, sound and quality of their album.

Spill Everything definitely falls right into the hardcore genre with punishing drum parts, heavy guitars and intense growls from the lead singer.

Montreal hardcore outfit Gutser with their new album Spill Everything.

I’ve been having a bit of a hardcore phase lately so I was pleased to see this excellent release come out this month.

If hardcore isn’t what you’re into, here’s a palate cleanser from Flat Lake with a brand new ambient electronic album called Flat Lake.

The album is a cohesive piece, with variety between tracks and well-chosen orchestral pads, chiming guitar parts and sprawling synths.

Graduation is the stand-out track with synths that hypnotically undulate and gradually morph into a marching pulsing sound.

I love listening to ambient electronic albums that have a cohesive sound and represent a complete piece of work—and I thought Flat Lake did a great job of fitting the bill here.

There’s some interesting synth production in there and some nice sounding 808 bass tones.

The rapper’s flow—which is almost entirely in German—is pretty cool.

I also found the rapper’s flow—which is almost entirely in German—to be pretty cool, especially since I don’t listen to much German rap.

If you’re looking to expand your rap horizons around the world, definitely add Go Crazy to your alt-rap playlists.

Here’s some more familiar-sounding hip-hop from OBAJ with their new record Hometown Heroes.

The album falls somewhat into the emo-rap cannon, without veering into any whiny or overly grating territory.

The verses and production are excellent, with great beats and rhymes coming from both OBAJ and Coastal—the two main producers on the album.

Overall, this is an interesting and fun debut album from OBAJ and his crew of New Jersey-based producers.